China, the world’s second largest economy, lowered its GDP growth target to 7.5 percent this year, marking the first time the figure has dropped below 8 percent in the past eight years.

China aims to increase its GDP by 7.5 percent, boost the volume of total exports and imports by roughly 10 percent, and hold consumer price index (CPI) increases to around 4 percent, Chinese Premier Wen Jiabao said in his “Report on the Work of the Government” presented to the National People’s Congress on Monday.

The slower growth rate is in line with global expectations and reveals China’s awareness of the need to rebalance its economy. The country currently relies heavily on exports and investment for its economic development, but has begun to find such an economic model no longer sustainable due to surging labor costs and a lack of innovation (which leads to low investment returns).

“…in settling a slightly slower GDP growth rate, we hope to make it fit with targets in the 12th Five-year Plan, and to guide people in all sectors to focus their work on accelerating the transformation of the pattern of economic development and making economic development more sustainable and efficient, so as to achieve higher-level, higher-quality development over a longer period of time,” Wen stressed in his speech.

China’s 12th Five-year Plan released one year ago aimed at an average annual growth rate of 7 percent between 2011 and 2015, a 0.5 percent correction down from the development goal set in the country’s 11th Five-year Plan.

A recent report named “China 2030” – prepared by the World Bank and the Development Research Center under the Chinese State Council – said China has reached a development “turning point” and should use the right timing to conduct deep reforms.

“China could postpone reforms and risk the possibility of an economic crisis in the future or it could implement reforms proactively,” says the report.

Beijing’s acceptance of a lower growth target is also interpreted as a measure to manage international expectations. While the debt-ridden Euro zone still expects China’s rescue in cash, and the United States in an election year continues pushing the RMB value to rise, China’s own headwinds may give the country less external pressure and offer a breathing space for domestic exporters.

This article was written for the China news site, China-briefing.com.

China has seen unprecedented growth in the manufacturing of consumer goods in the last decade. It is not really hard to fathom the reason behind this boom. The unending supply of human resource and its relatively poor domestic economy make Chinese labor cheap. Statics show that the Chinese were contributing only 3% to the world manufacturing in 1995, which has skyrocketed to an impressive 11% by 2005. With a growth rate of 20% and the competition at the national manufacturing sector level, the China product development is escalating at a rate unimaginable to any other nation. Currently the Chinese have huge production plants mainly in the telecommunication and computing related products and in the production of electrical products.

China manufacturing is a mammoth sector which runs primarily on the concepts of economical production, fast-tracked manufacturing processes and timely shipping. The customized development of a product and the sharing of these designs, lead to creation of products which are of global standards and are very well received in the global markets. It is true that while around a decade and half ago, the only popular mass production units that China had were in the clothing and shoes department. Today, however, there isn’t a consumer product available in the market that a China manufacturer cannot deliver. Though the Chinese markets were a little hit during the Hong Kong repatriation, manufacturing in China was soon up and running mainly due to the direct investments from the foreign countries, which incidentally crossed the seventy-five billion mark in the year 2007.

A direct result of the booming manufacturing industry in the country has the result of better standards of living for Chinese citizens. With a huge percentage of the country’s population working in such sectors of continuous research and development, China is hyped to be the next educational nucleus of the world. One has to bear in mind that the China manufacturers are quite particular about quality control in China and only churn our world-class goods, making them more popular in the world markets. Many tests are performed and the design is constantly improved until they reach a flawless state, after which only the product goes ahead and is available in the market. It is very rare that a China manufacturer churns out a product to bad reviews.

China Manufacturing is taking over all of the world markets and other countries need to put up a really good fight, or else bow to the China superiority pretty soon. 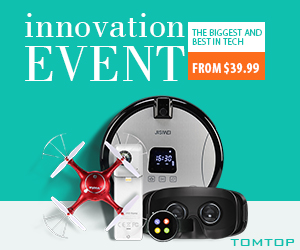